The original Mai Tai recipe is not the one you might recognize as a symbol of tropical paradise. There was no cherry, no pineapple, and definitely no paper umbrella in the classic, original Mai Tai cocktail. Read on for the recipe and a bit of history on this delicious drink.

This post contains affiliate links to products and services we recommend. We may make a commission, and there is no cost to you.

Who Invented the Mai Tai?

As with most cocktails, the origin of the Mai Tai is somewhat disputed. But the prevailing belief is that the Mai Tai was invented by Victor J. Bergeron – better known as “Trader Vic” – in 1944. It was a simple drink meant to highlight the flavor of a 17-year-old Jamaican rum.

Trader Vic used a golden rum made by Jamaican distiller J. Wray and Nephew. His recipe included lime juice, orange curaçao, orgeat syrup, and simple syrup. Legend has it that Trader Vic served his creation to some Tahitian friends, who exclaimed, “Maita’i roa a’e!” This translates to “out of this world – the best!” And that is where the name Mai Tai (the best) comes from.

The drink is traditionally garnished with half of a spent lime shell and a sprig of mint. A small circle is cut to expose the pith of the lime. It’s meant to look like a small island with a palm tree.  Simple and beautiful.

So where did the more garish Mai Tai come from? The one with orange slices and pineapple juice and topped with a cherry and umbrella? This is the Mai Tai most are used to seeing these days in tiki bars around the world.

That cocktail was also created by Trader Vic around 1954 when he worked for the Royal Hawaiian Hotel in Waikiki, Hawaii. Vic added pineapple and orange juices to his drink to sweeten his recipe for a more tourist-friendly cocktail. That sweeter recipe, for better or for worse, stole people’s hearts and is the one you’ll find most often on cocktail menus.

To make a Hawaiian Mai Tai, add all the following ingredients – except the dark rum – to your cocktail shaker with ice. Shake, pour into a glass, then pour the dark rum over the back of a bar spoon to float on top.

But let’s get retro and learn how to make the original “out of this world” rum cocktail.

To make the original Mai Tai, you’ll need a fresh lime, orange curaçao (Triple Sec can work), orgeat syrup (almond syrup), simple syrup, and a golden rum. This is a simple, rich drink so there’s nothing fancy about the preparation – just add all the ingredients to your cocktail shaker with a big handful of crushed ice and shake.

To show off your knowledge of the original Mai Tai recipe, be sure to get the garnish right! Take a half of lime after you’ve juiced it, and slice a small piece of the peel off to expose a little circle of the pith. Think of this as an island and the green of the lime is the water around your island. Then add a sprig of fresh mint to represent a palm tree.

Now that you know the proper way to make an original Mai Tai, you can start tweaking the ingredients and making your own riffs!

Nutrition information is estimated and should only be used as a general guideline. Shannon Entin is a travel and entertainment blogger at TheTVTraveler.com. She loves skiing, hiking, Fireball whiskey, good Chinese food, and adventures of all kinds. She’s a fan of the sweet drinks as well as a straight-up smooth bourbon, and her go-to drink is a whiskey sour. 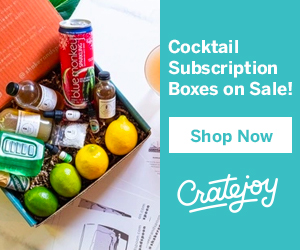 Join us as we taste, create, and laugh. You'll get our free "Ultimate Guide to Simple Syrups" and new cocktail recipes emailed each week! 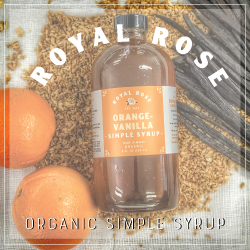 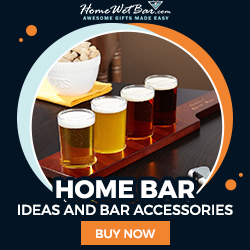